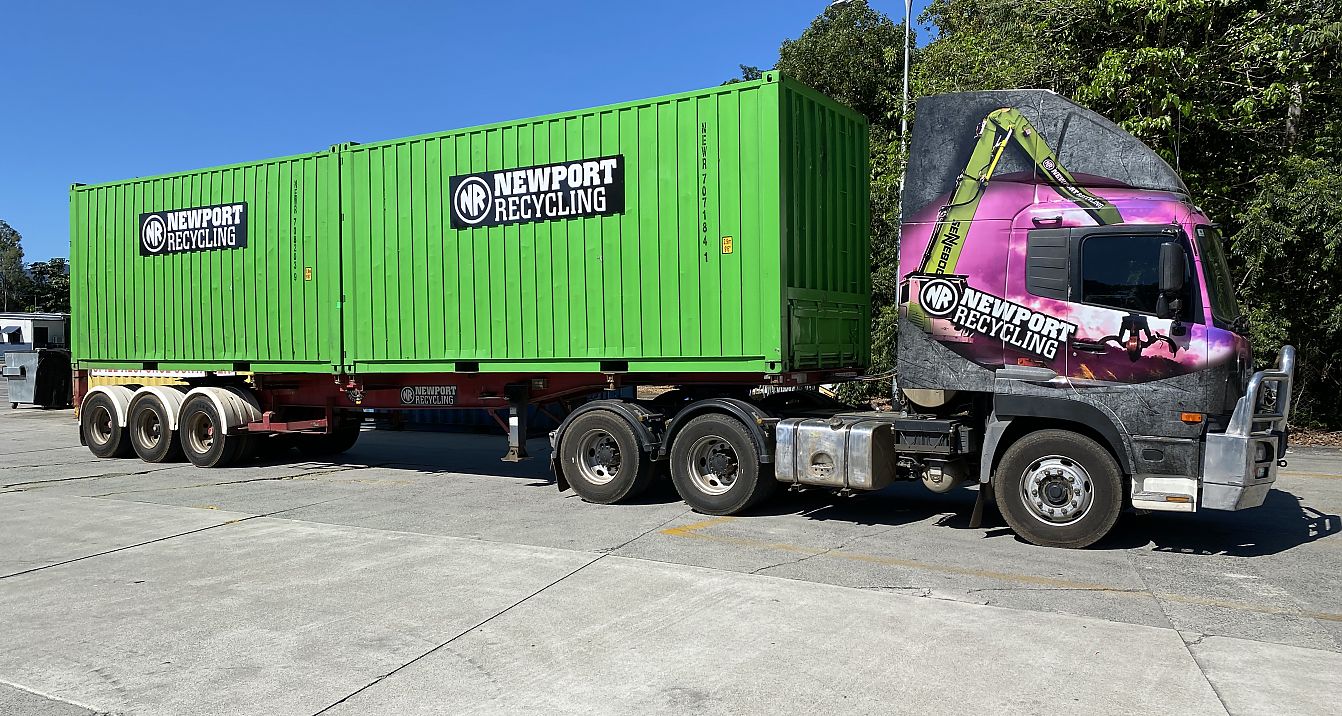 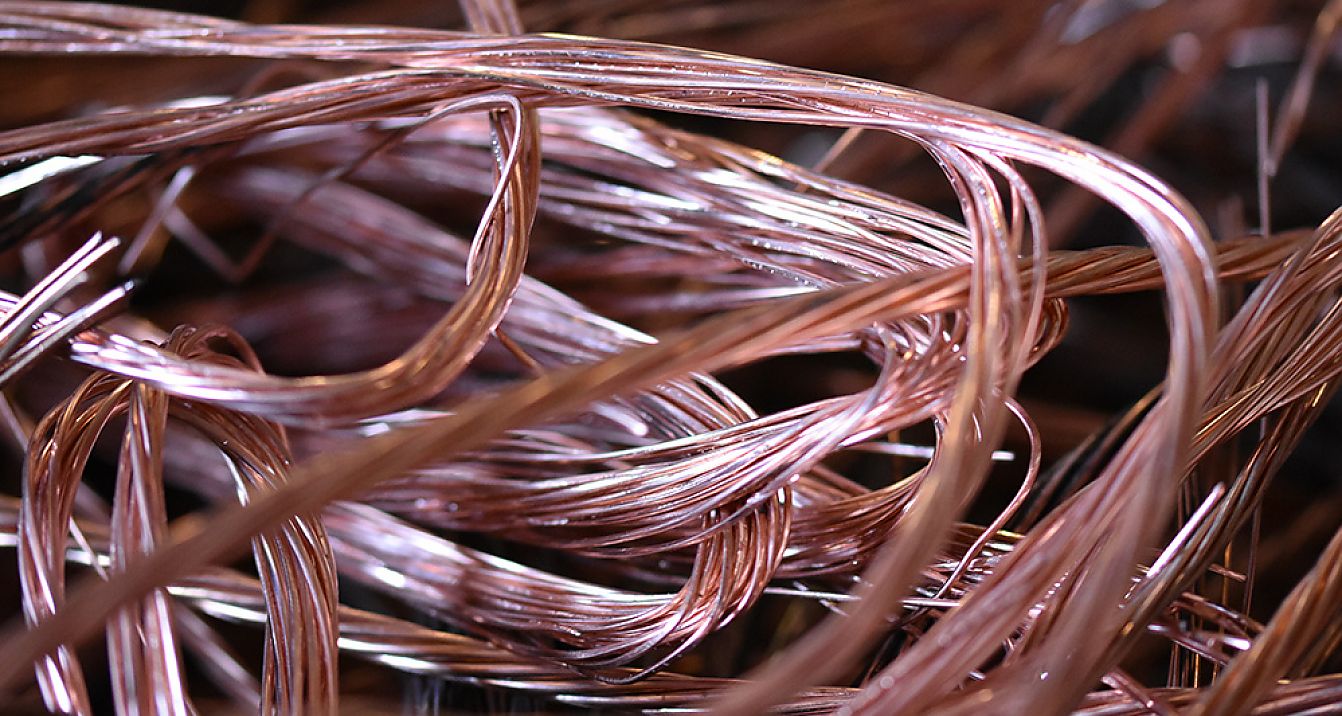 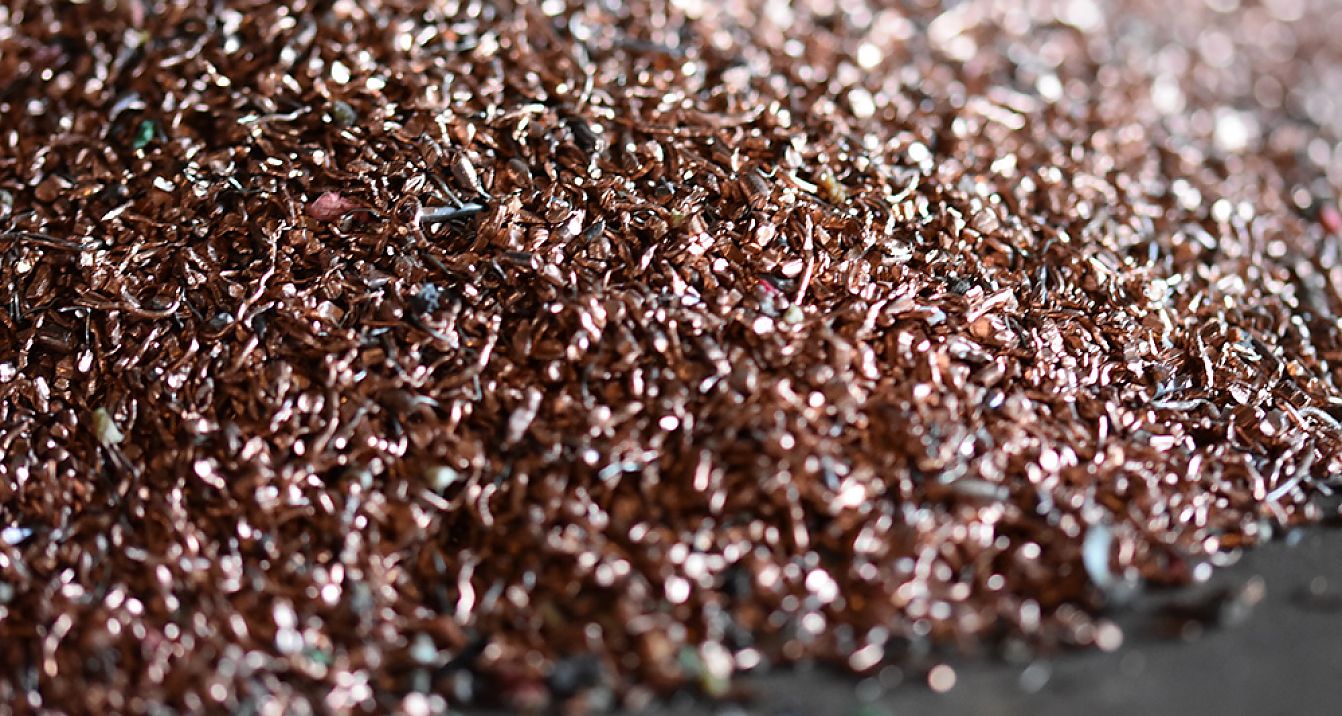 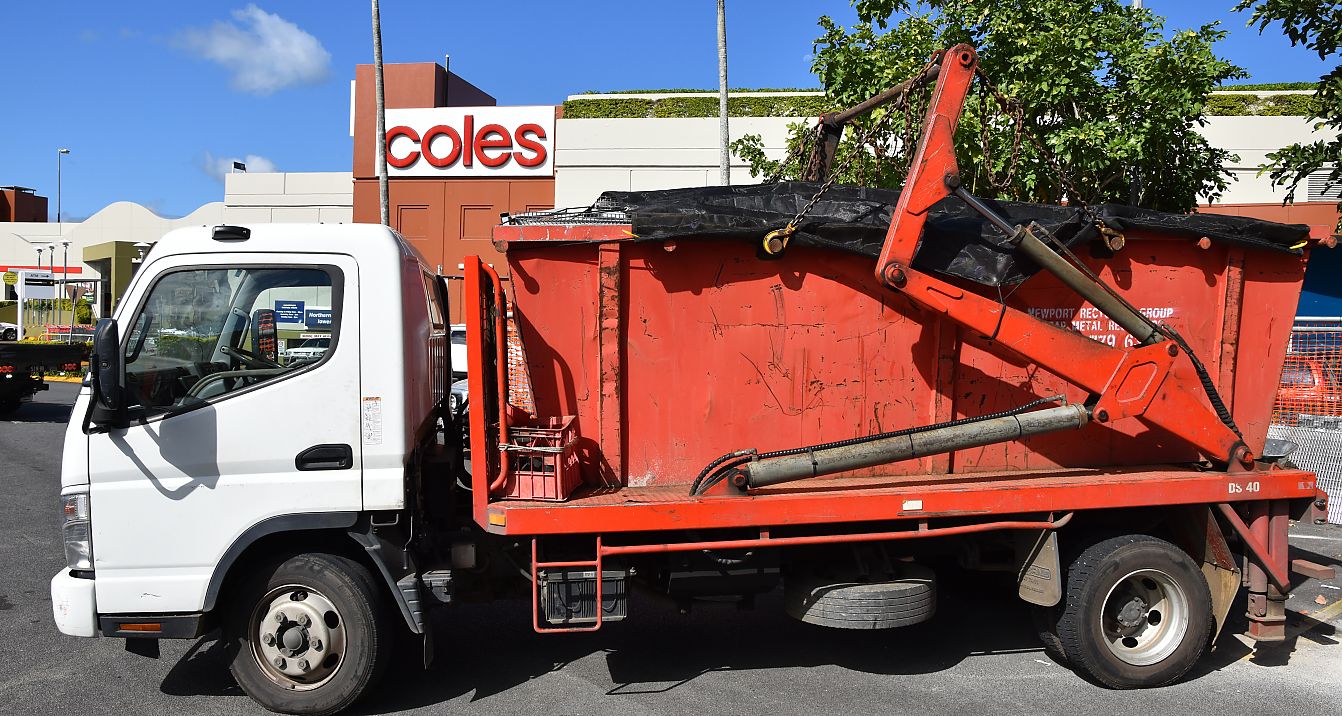 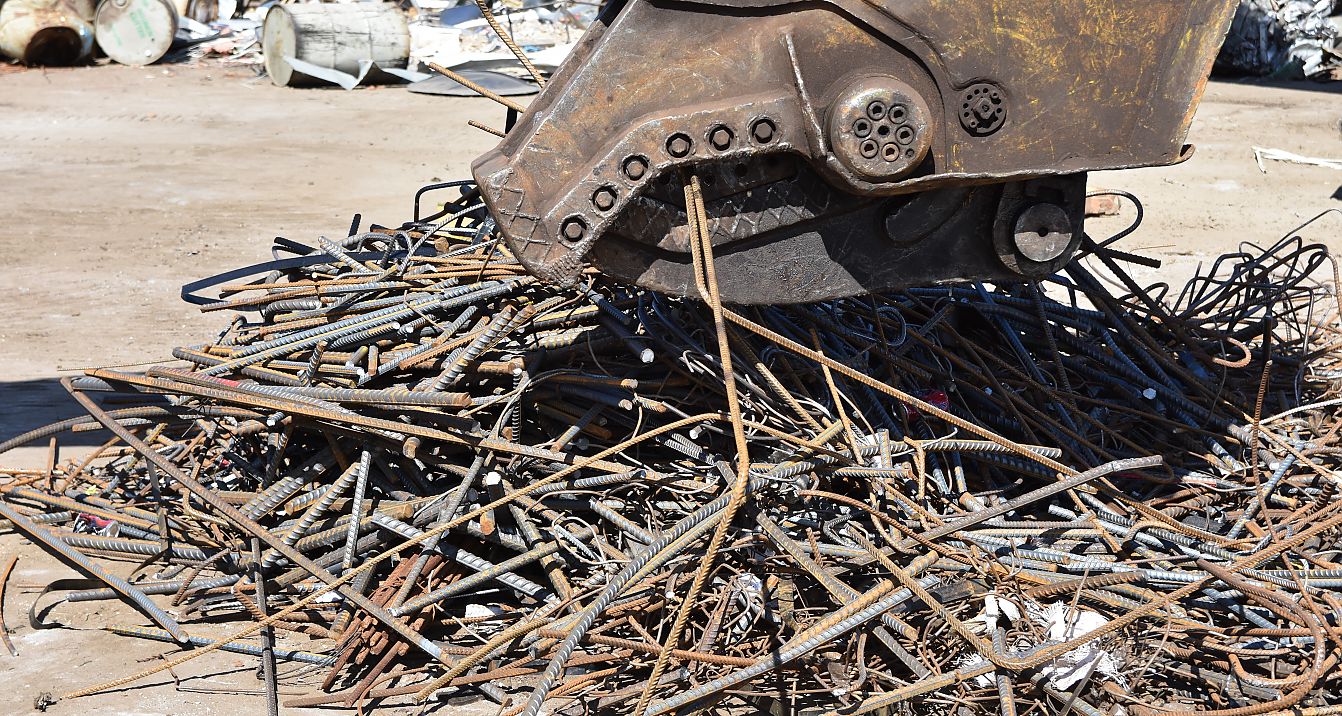 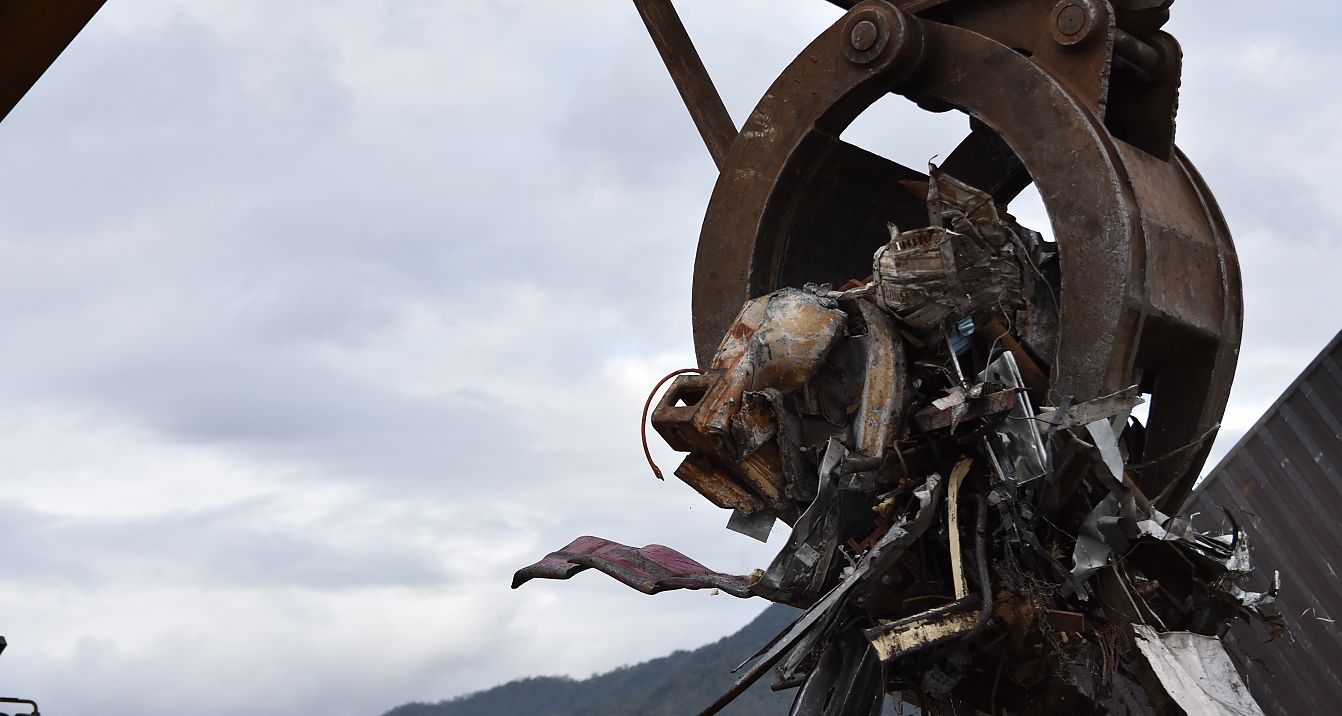 At the time this business was situated alongside mangroves with no power, water or infrastructure. It did have a wobbly crane with no brakes, a pick up truck that overheated every few kilometers and an abundance of savage and brutal sandflies to which no spray provided any relief.

Chris Newport (Son) Joined the business in the year 2000 and together the business slowly but surely grew. They began separating scrap metal into both light and heavy. Heavy metal was also separated and processed into in size and oversize products. A second trailer was also purchased.

In 2005 a small shed was purchased in Muir Street, Cairns. We utilized and modified an overhead gantry with a magnet to load steel into the trailers and roughly around the same time Non Ferrous was introduced into the business plan. They purchased a medium rigid body truck to take the non ferrous to Townsville to sell.

Another prime mover was purchased in 2006 and they rented a small parcel of land at a sand quarry in the north of Cairns where the scrap steel arm of the business was moved. A excavator was purchased with a grapple claw. Two flat top trailers were no longer enough to keep up with product coming in, so they purchased an 80 cubic meter high side tipper trailer. (Big Red)

In 2009 the steel arm of the operation moved to another small piece of land on a dumpsite nearby. A second excavator was purchased with an Embrey Shear attachment. Basically a huge Stanley knife for steel, able to cut just about any size metal into smaller, more manageable pieces whilst also allowing maximum weight to be loaded.

In 2010 the business purchased another prime mover and we helped Tefco Trailers design a prototype smaller tipper trailer (Little Red) Little Red was designed more compact and lighter so it could carry a higher tonnage of material to sell every trip.

The end of 2010, the entire operation moved from Muir Street and the dumpsite into our current facility in Marsh Street, Woree. This huge location allowed both steel and non ferrous arms to be joined and housed under one roof so to speak.

When 2011 began, the business added a weighbridge to its inventory and by June after a hell of a lot of government red tape it became a public weighbridge. Just after that the business made it's biggest decision to purchase a container tilter and commence exporting scrap steel in shipping containers. At the time it was the first container tilter North of Brisbane. A very proud moment for both Chris & Ken.

Not many people know or realize but little family owned Newport Recycling has sold and exported its products to several companies all over the World! Some countries include, Vietnam, Singapore, India, Korea and Indonesia.

2012 to 2017 has been significant to say the least. The entire complex has had major technical and structural changes. The business has also purchased a 550 ton shear baler. This machine is able to crush cars and light metal. It is also able to cut heavy and light metal at a very fast and efficient rate.

We have purchased a Non Ferrous Metals press. We are now able to crush/block large quantities of Aluminium, Copper, Stainless Steel etc.

In late 2017 we were very excited to add a large number of new skips and bins to our inventory. The bins were also accompanied by a brand new 4 finger hydraulic grapple, which will be soon be attached to a long reach material handler coming online in the near future.

In early 2019 we had our brand new non ferrous press come online also. This will be the upgrade to our current press. It will increase our rate of production signifigantly and will be able to easily handle alot more material. (We'll post photos in our news section as soon as we can for the new material handler and baler).

2020 so far has been interesting to say the least. Despite the challenges of the covid 19 virus... we had our long reach material handler arrive from Germany! Its been a long wait and a 10 month build time. This machine has a high rise cab and a astonishing 19m reach! It can nearly reach all vital areas of the scrap yard withot even moiving. We are very excited about this new machine. Words can't descirbe the anticpaction and potential of this purchase. We now look forward to the rest of 2020 and beyond. We hope that you can join and be a part of our journey.

Find us on Google Maps here.